How to Buy the Perfect Panama Hat  ©

What do actresses Jennifer Aniston, Gwyneth Paltrow and celebrities like Miss Ecuador have in common?  And when they were alive, President Franklin Roosevelt, Winston Churchill, Humphrey Bogart and Gary Cooper were already part of the trend.
Wearing a Panama hat! 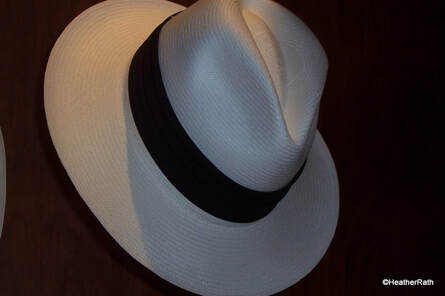 The Perfect Panama Hat
Contrary to popular belief, the glorious Panama hat originates in Ecuador---not Panama.  This remarkably functional fashionable fedora has existed under its misnomer for more than a century when the hats from Montecristi and Cuenca, Ecuador traversed over difficult Andean mountain ranges to Panama from where they were exported to the world.  Hence, the false signature name, Panama hat.
Light, flexible, durable, and a life-saver in the hot sun, a Panama (oops, Ecuadorian) hat is expensive but worth every penny.  Several hundred dollars---even thousands of dollars---for the best of the best is not uncommon but you can actually purchase one of these straw gems for a reasonable amount. 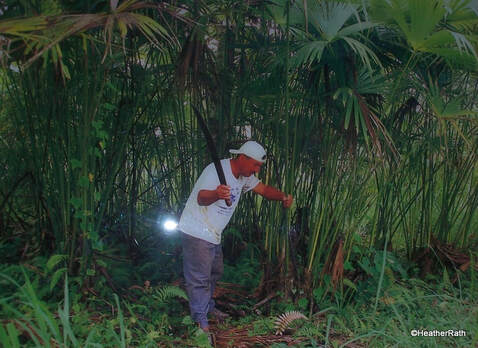 Toquilla plants harvested for hat making
The original hat is made of toquilla straw, a name that has ancient roots.  When the Spanish first arrived in Ecuador, they saw indigenous people wearing a strangely woven hat that looked as if it had vampire wings.  In 1630, the people were persuaded to wear these hats without the brim; this new version was called a toquilla.  In 1796 Charles V encouraged the introduction of craft leagues in Ecuador, including one for this straw hat.  Because of their growing popularity, the meticulously woven hats became the principal export product of Ecuador between 1944 and 1945.
The palm-like plant, which produces the straw used to weave the hats, is native to Ecuador.  When tender leaves sprout, workers cut them from the parent plant.  Removed from the sun to air dry, they transform into thin, blonde cylindrical fibers.  This important step requires great patience and care because the fiber’s strength and color depends on this process.
The quality of the hat depends not only on the thickness of the raw material but also on the manual skill of the weaver whose dexterity is passed from generation to generation.  The weavers work at home, often in poor light in difficult surroundings, and deliver the hats in their first stage to the factories.  It takes at least four months, often more, to produce a tightly-woven, earth-scented, cream-colored true ‘panama’ hat. 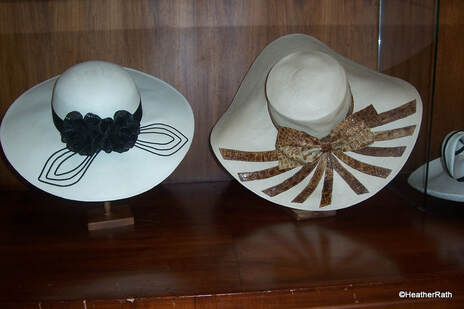 Some finished hats for sale
When you enter one of the hat factories in Cuenca, the array of styles and colors at different prices makes even the most ardent shopper stop, think and shop wisely.  Attendants can easily alter the fedora so that it fits snugly and will not blow off even in a strong wind.   My husband and I visited two high profile factories in Cuenca coming away with a passion for the workmanship and an Ecuadorian ‘panama’ hat we are proud to wear.
Published: Travel Post Monthly, July 7, 2011
All authored material and photographs contained on this site are copyrighted © and the property of Heather Rath and cannot be reproduced without her written permission.